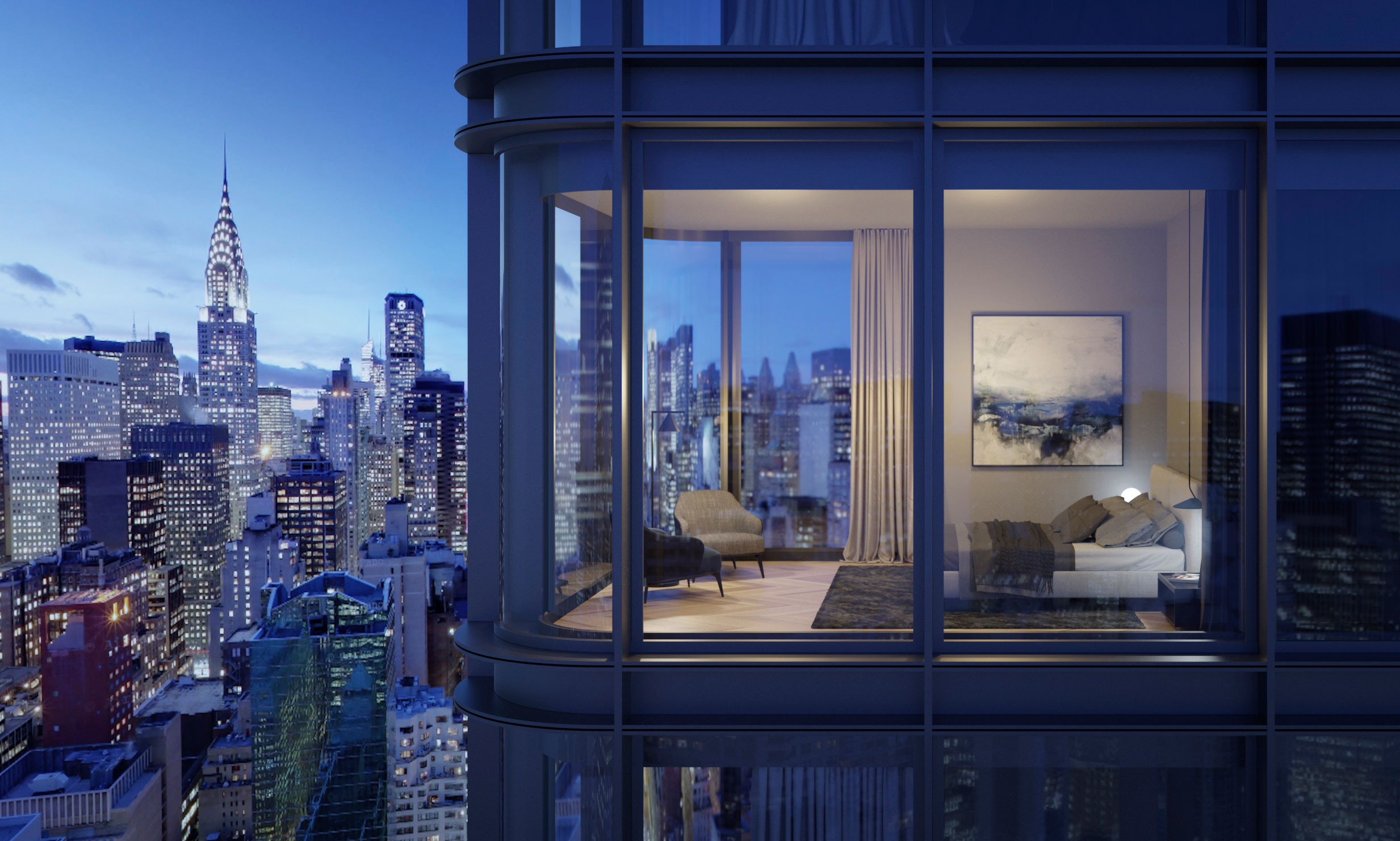 The interior design industry is finding arch viz a hugely powerful tool for streamlining and perfecting its design processes, as well as for showing creations to clients. At Factoría 5 we’ve been working with large internationally renowned interior design studios for years and we’re seeing how they are valuing our work more and more, making it one of their most powerful resources for showcasing and selling their projects.

Within interior design rendering, we need to categorise the type of setting we select. Plumping for one option or the other will largely depend on what we want to express with the 3D rendering, always taking into account who it’s aimed at. Let’s have a look at some examples of the 3D infographics most used in the field of interior design and the differences between them, with their respective pros and cons.

These are 3D infographics in which the interior architect sets out to show the space in a more general way, covering the largest possible setting. These images are especially useful for the client to instantly get an overall idea of the project, its intents, its climax, etc.
To portray this type of renderings for interior design, we’ve selected an image where we take this intent to the extreme, covering not just the entire interior of a room, but also its relationship with the surroundings. In this specific example, we can see how the intent of the image is not just to portray what the design of the room is like, but also to convey that once inside you feel surrounded by the immensity and grandeur of the city, turning the views into a further element (if not the main one) of the interior design. 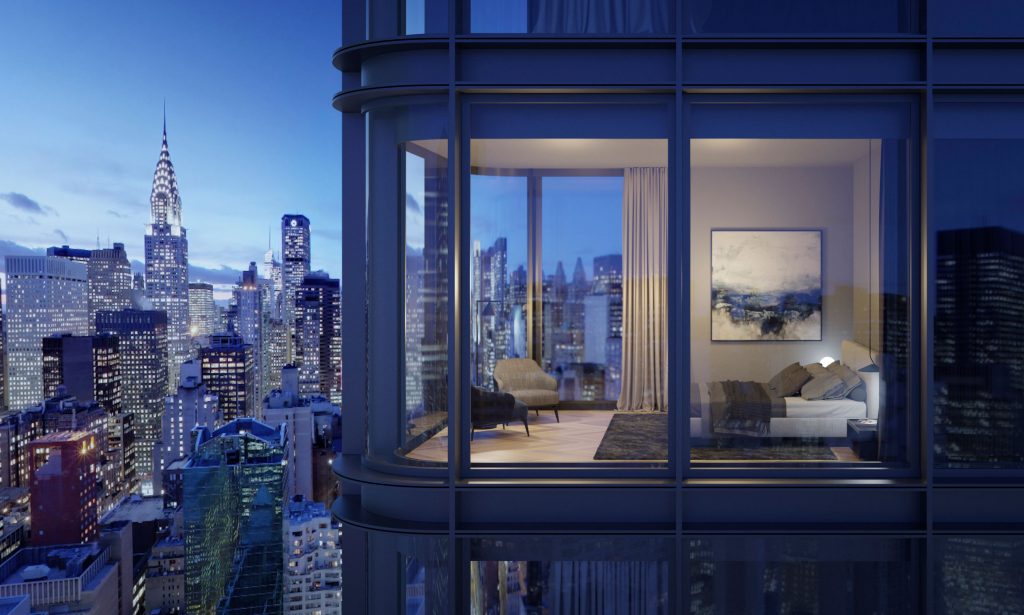 This is where we move further away from the classic concept of photography. Thanks to the techniques provided by 3D architectural visualisation software, we can take ‘photographs’ that would be impossible to reproduce in real life. These 3D section infographics have two main goals. The first is to show all the rooms portrayed. The second is, in a single image, to explain various spaces and the relationship between them. Although there seems to be nothing but advantages in this type of images, they also have their drawbacks. The most important one is precisely one of their virtues. Basically, as the technique is not reproducible in the constructed reality, the end image is not very photorealistic for the human eye. Another disadvantage is that the images are ‘very flat’ compared to traditional photos, making it difficult to avoid the ‘overinking of elements’ in spaces with lots of depth.

In these renderings, unlike more general ones, we mark out a specific area of the room to portray. This means that we can explain what’s happening in a specific area and how its elements are related to each other. In the image we’re using to illustrate this example, we can see that the main goal was to portray the reading area currently in the room, consisting of two armchairs and a floor lamp. One detail that we can highlight from this 3D architecture infographic is how it plays around with a small part of the bed. This is an element that helps spatially compose and reference the location of the reading area, but at no time does it detract from the focus of the image (the fact that it also appears out of focus helps us divert our attention). 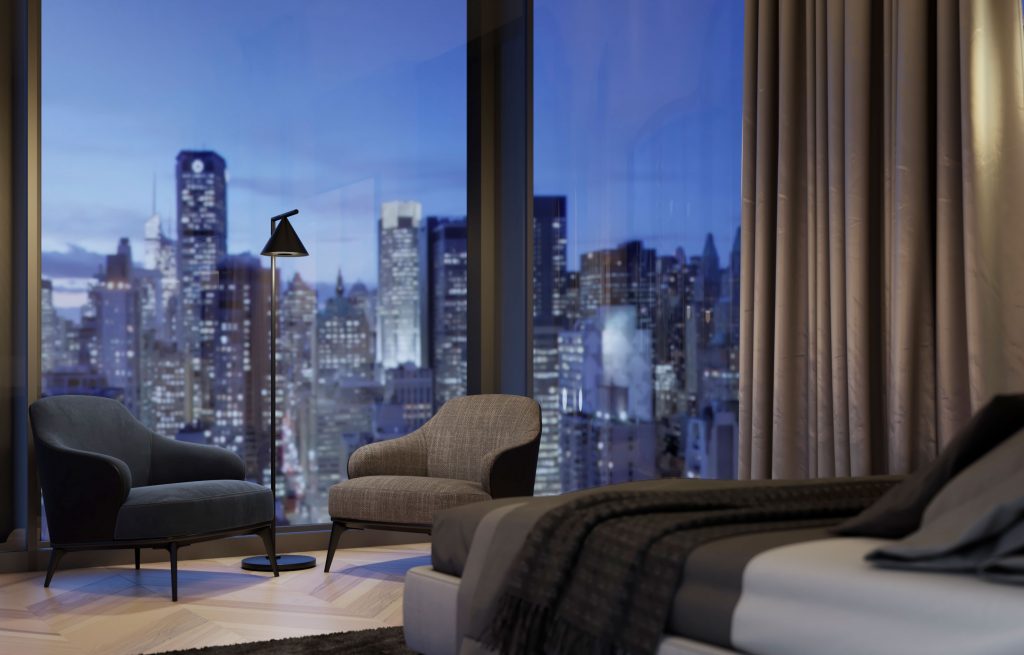 These infographics go one step further than the previous ones. They’re much more zoomed-in points of view where the intent is to reflect a feature of an object or a composition of elements as closely as possible, be it the shape, the materials, etc. Interior designers use this type of image when they want to highlight and showcase a certain element or focus of attraction in their designs. In the example rendering, we can clearly see that the intent is to direct interest to the marble vanity top in the bathroom and the contrast between it and the black metal features, such as the tap or the mirror frame.

To round off this category, we’re going to talk about product renderings. These infographics are used mostly by furniture design and lighting design companies. However, interior design studios also request them when they want to showcase elements that they themselves have custom designed for a given project. These renderings display the element in a neutral location where nothing detracts the person’s attention. This setting will often simply be a black or white background. Lighting is also important in these infographics, tending to be very ambient to avoid major contrasts between lights and shadows. Computer-generated images have been able to fool the human eye for a long time now. This is the effect that photorealism achieves in various genres of art. 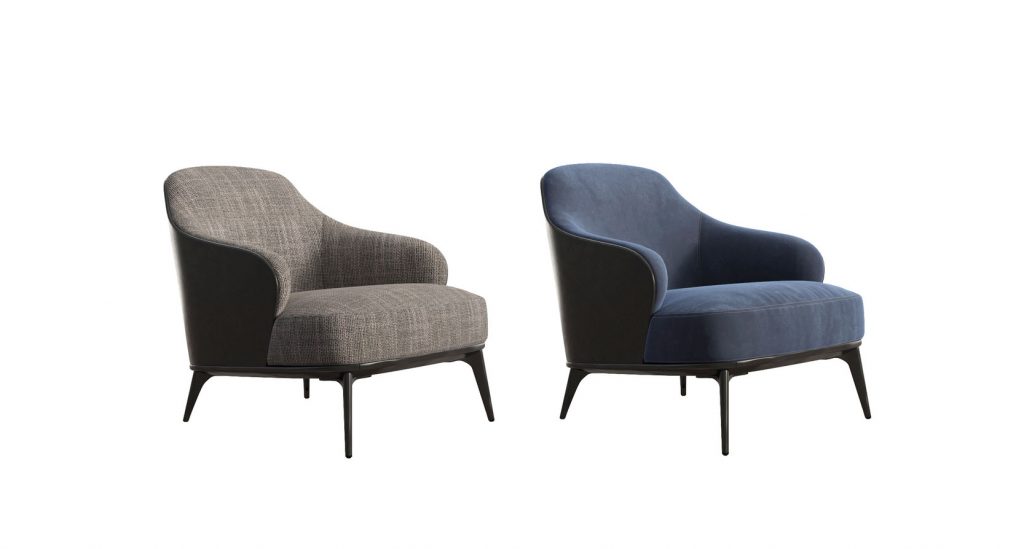